I first met Captain Mike Lamson in around 2001, in my early days of having a boat at The Ford Plantation. He was a fishing guide who owned an older Bertram fishing boat that he had restored. He took some of my family members on a couple of fishing trips, and offered to help take care of my boat, primarily with periodic washing and detailing. Mike's nickname is "Lumpy", which I understand was bestowed upon him in his younger poker playing days. He won so much money one evening that a friend changed "Lamson" to "Lump Sum", and the name was further corrupted to just "Lump" or "Lumpy".

Lumpy has little time to fish these days, as his boat care business has flourished. He employs his son and stepson, and several others, and takes on cleaning, painting and varnishing projects for both individuals and various boatyards in the area. Some customers are so pleased with his work that he or his employees will travel to great distances to take care of their boats. He has maintained two previous boats for me: the big Fleming named Suladan and Steel Magnolia, now called Vector by its owners. He also maintains the lovely Laura Lee's small fishing boat "Blossom". And so it is that the varnish issue on Division Belle was turned over to Lumpy.

When teak rails (or brightwork) on a boat are properly varnished, they simply need to have a new coat or two added once or twice a year to be kept beautiful, depending on climate and where the boat is located. But on my boat, the varnish had gone for years without maintenance and then had varnish added on top of the mess that was there. Lumpy and his crew removed all of the old varnish down to bare wood, and methodically added 11 new coats, fighting love bugs that landed in the varnish whenever they added a coat. It is finished now, and is a work of art. I cannot imagine a more beautiful job. I'll do my best not to scratch it up. 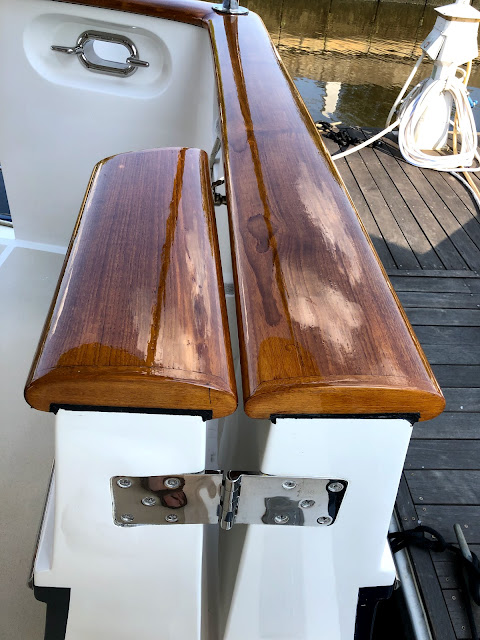 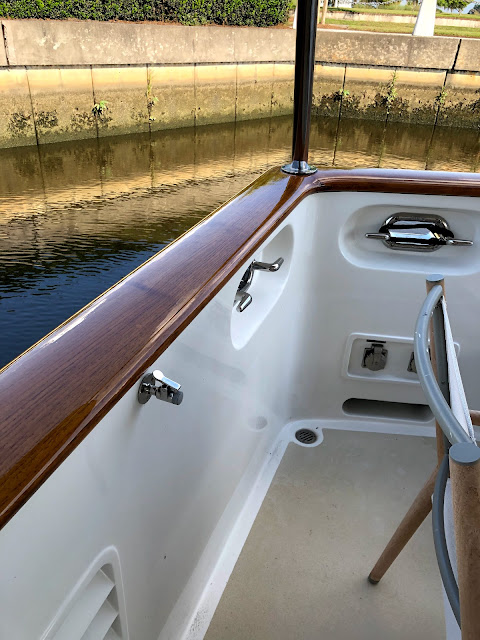 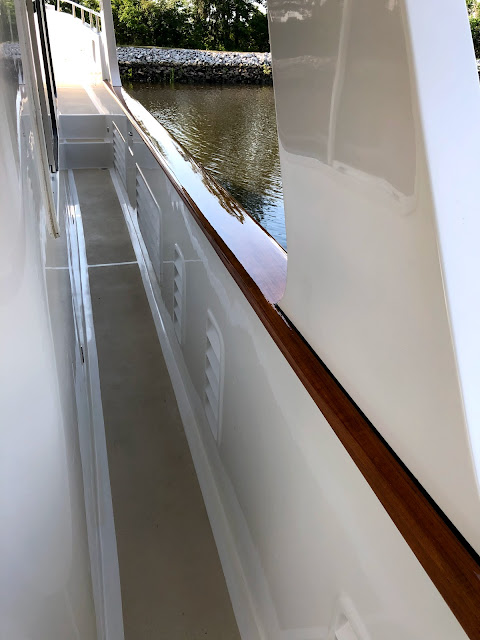 We find ourselves at Thunderbolt Marina this morning, after a six-hour trip here yesterday. By car, it would have been a 30 to 40-minute drive, but we were taking our time down the Ogeechee River and the sometimes tricky passage to connect to the Intracoastal Waterway. I am with my dear friend Paul Hamilton again, helping out on his third trip with me. He calls himself the "Bosun". We could have spent the night most anywhere in the area, but Thunderbolt Marina has a tradition of delivering fresh Krispy Kreme doughnuts to every transient boat docked here. So this was our first choice.

We will shove off later this morning heading for Beaufort, SC, where Paul will head home tomorrow and the lovely Laura Lee will join me later in the week to move the boat to Charleston. I don't mind spending a couple of nights in Beaufort, as it is one of my favorite spots. To get ready for the visit, I have pulled out the classic Beaufort movie, and will watch it while there. 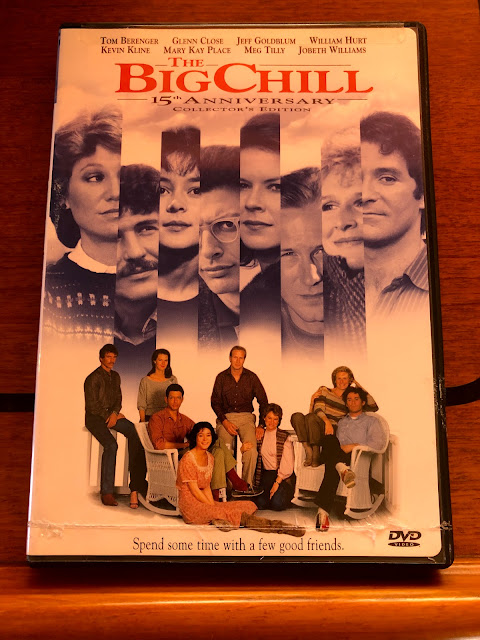 Update: We arrived in Beaufort at 4 pm after an uneventful six-hour trip. I decided to run our "wing engine" or "get home engine" for a couple of hours today in gear and under a load. I did everything to turn it off properly, but when we arrived at Beaufort and shut everything else off, it turned out that it was still running. Something seems to be wrong with the pilothouse shutdown button. A friendly mechanic who lives on a boat in the marina came by and showed me how to shut it down at the engine. The shutdown solenoid works at the engine, but not from the control in the pilothouse. Thankfully, I don't anticipate needing this engine at all on this trip, and if I do, it is better that it will start and not stop rather than vice versa.

It is 9 pm now, and the temperature has dropped from near 100 at our arrival to about 86 degrees now, a blessed relief. We are in a record-breaking hot spell, but the breeze on the water makes everything more bearable. It is great to be out enjoying the boat, regardless of the temperature.